Tokyo (Day 4)- Having My Japanese Pancakes and Eating Them Too

So after dinner on day 3 I went out with my new friend I made from the hostel in Roppongi, and then I made the decision to not sleep in order to stay up to see the world famous Tsukiji tuna auction.  The no-sleep decision was prompted by the fact that they open the visitor line around 3:30 a.m., and it’s first come, first serve with limited spots.  When I got there, I was the second one in line after a Japanese woman, but within the space of ten minutes, there was a line out the gate.  While I was waiting, I munched on this Calorie Mate snack I saw in the convenience store. 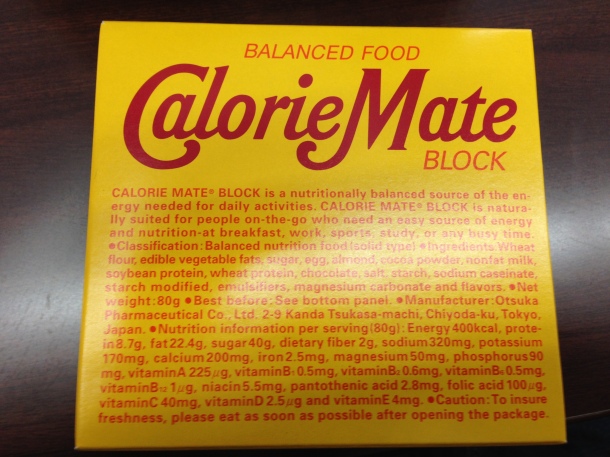 I was nerding out since it’s a common food for Solid Snake to eat in Metal Gear Solid 3. 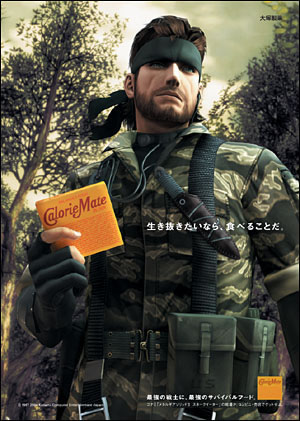 It ended up being a packet of chocolate cookies that supposedly had multivitamins in it. 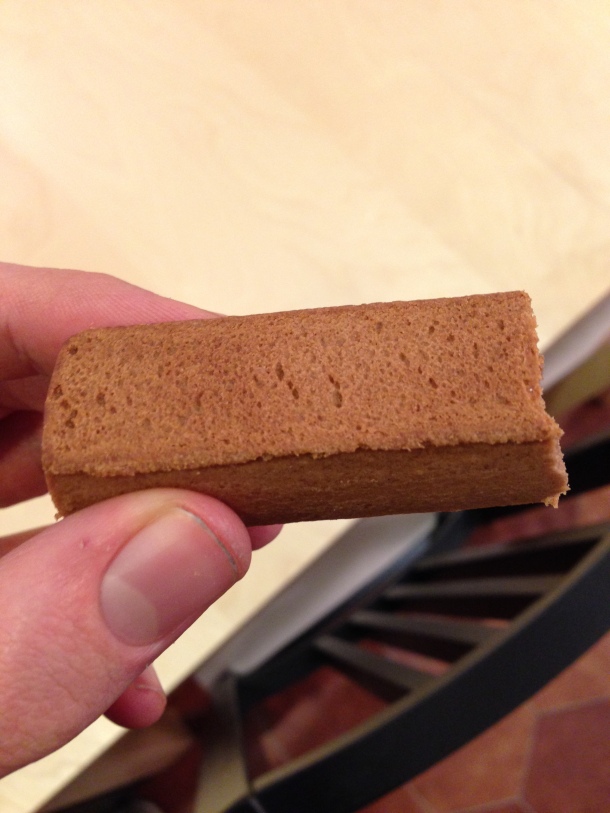 Either way it hit the spot while I was attempting to keep my wits about me in line while the fishermen buzzed around me like an ant colony on speed.  The downside of being early was they then herded us into a waiting room where we had to wait for an hour and a half.  Needless to say most people fell asleep on the floor, but we eventually were escorted to one of the most famous moments of food trading. 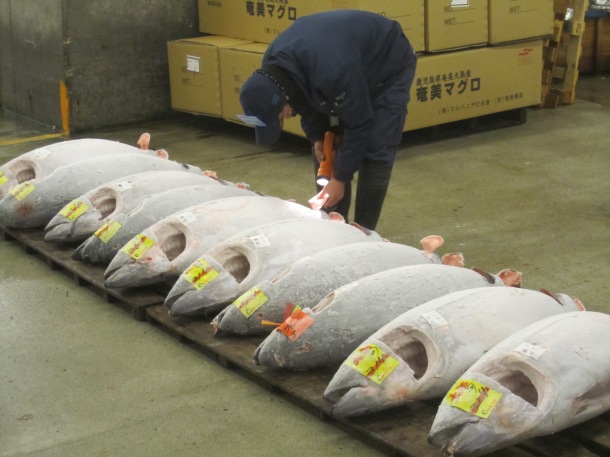 It was also the most over-hyped thing I was told to see in Tokyo which was kind of sad after not sleeping for almost 24 hours. 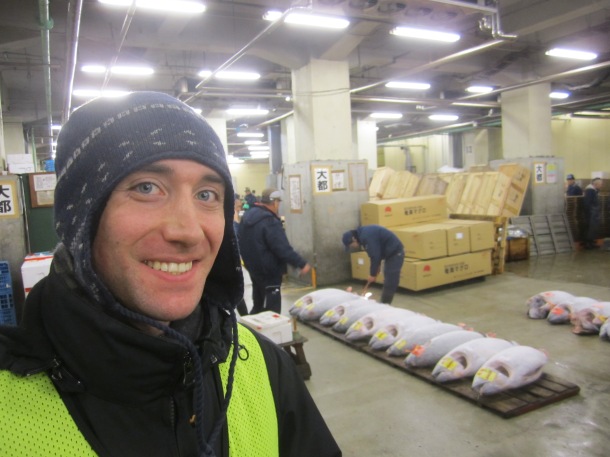 However, I looked forward to getting some great sushi at Daiwa Sushi in building 6.  Surprise surprise, I was waiting in another line to get into the restaurant for an hour and a half.  I eventually gave up my spot and went to the sushi stop right next door to it where there were a couple people inside and no line. 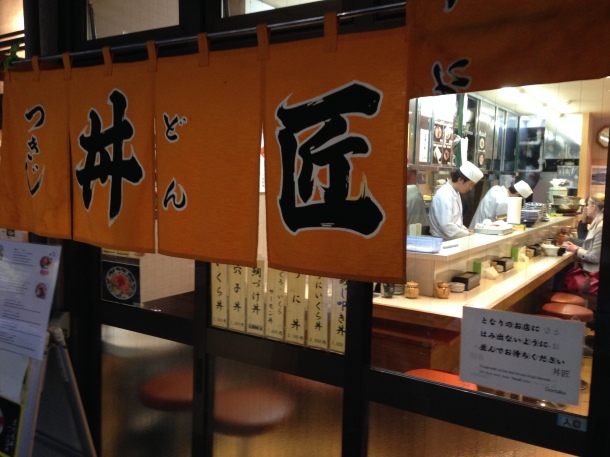 I went for the tuna bowl which was transcendent in regard to the overall quality of the pink salmon sheets and crimson tuna chunks. 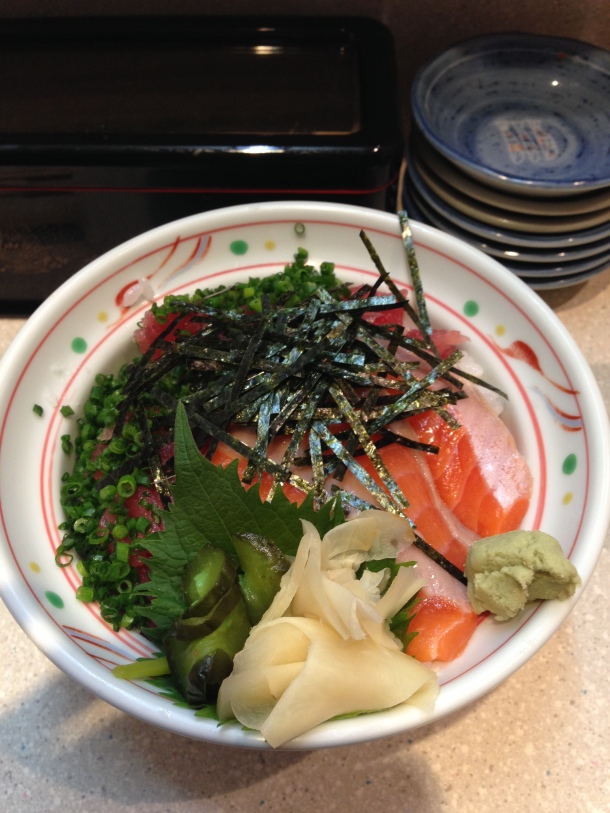 The rice was fresh with a liberal sprinkling of dried seaweed, and there was plenty of potent wasabi horseradish to back up each bite with a sinus-clearing caress.  A veritable bounty of the ocean on a bed of quality starches.  As soon as I scarfed down the bowl and saw the people I waited in line with still weren’t in the restaurant, I laughed to myself all the way back to my sweet sweet bed at the hostel.

After a refreshing slumber, I awoke to a more laid back day that eventually resulted in me getting lunch on Tsukishima island in southeast Tokyo.  I decided to go there because they specialize in monjayaki which is a Tokyo version of the ever-popular Osaka creation okonomiyaki.  The main difference between these two pancake-esque creations is that the monjayaki is a bit more liquid compared to the doughy okonomiyaki.  I came out Tsukishima station exit 7 and walked a bit down to see a row of restaurants advertising what looked like the pancakes.  I chose one with a ship on top of it because it looked quite popular based on the advertisements, so I walked in to find an empty restaurant with just two old women cleaning the grills. 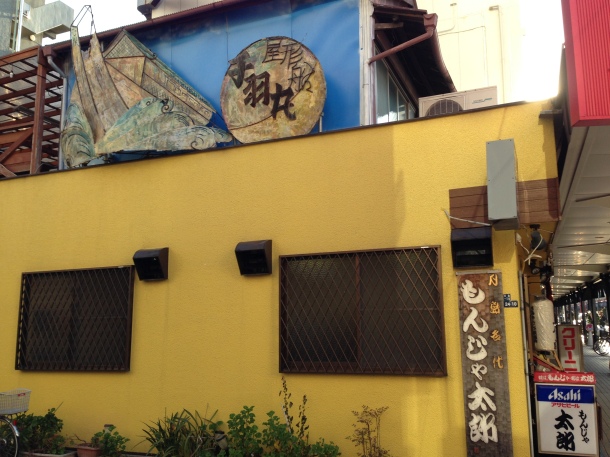 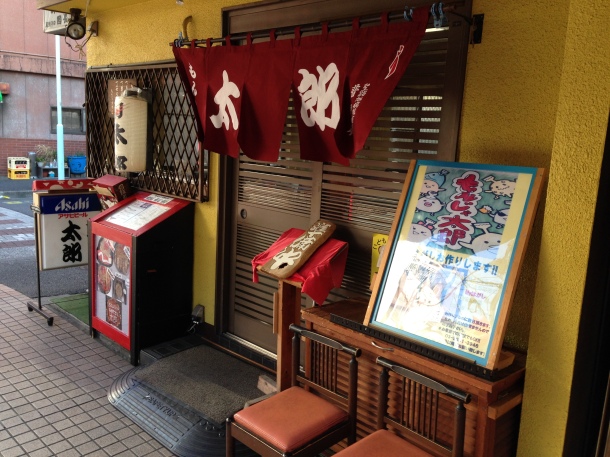 I could tell by their shocked expressions that they were probably closed like a lot of restaurants seem to do after the peak lunch hour, but they didn’t seem to mind serving me after I repeatedly signed that I was going to leave them be out of awkward foreigner shame. 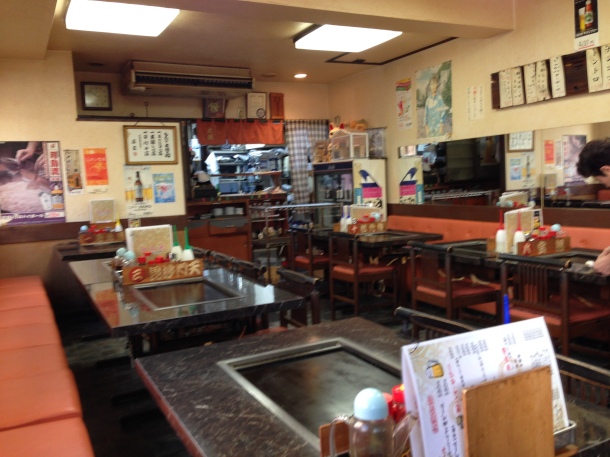 I saw that their menu had the monjayaki, and I picked the option that had crispy tempura crusts mixed in.  There were plenty more choices that included cheese, cucumbers, rice cake, and tomatoes to name a few.  The woman came out to mix up a bowl of vegetables and batter, and when she put it on the grill it literally looked like a puddle of vomit. 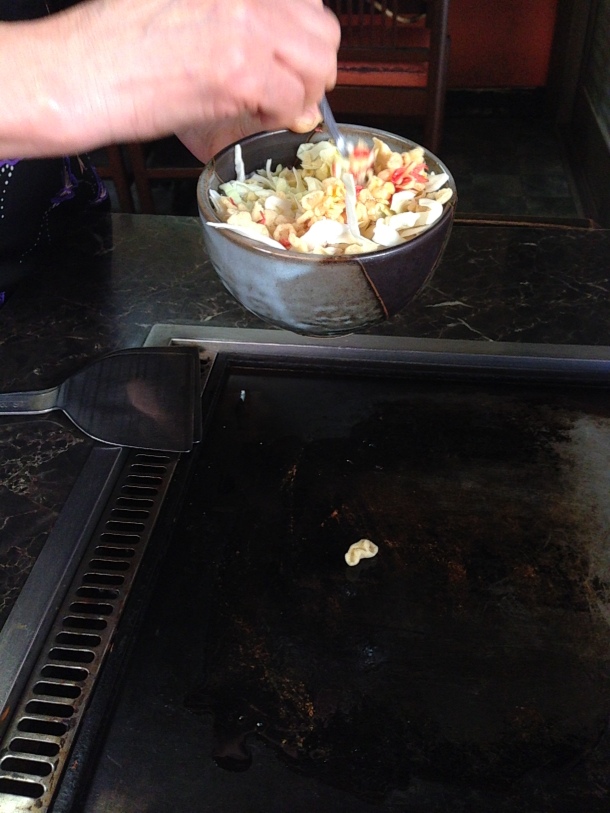 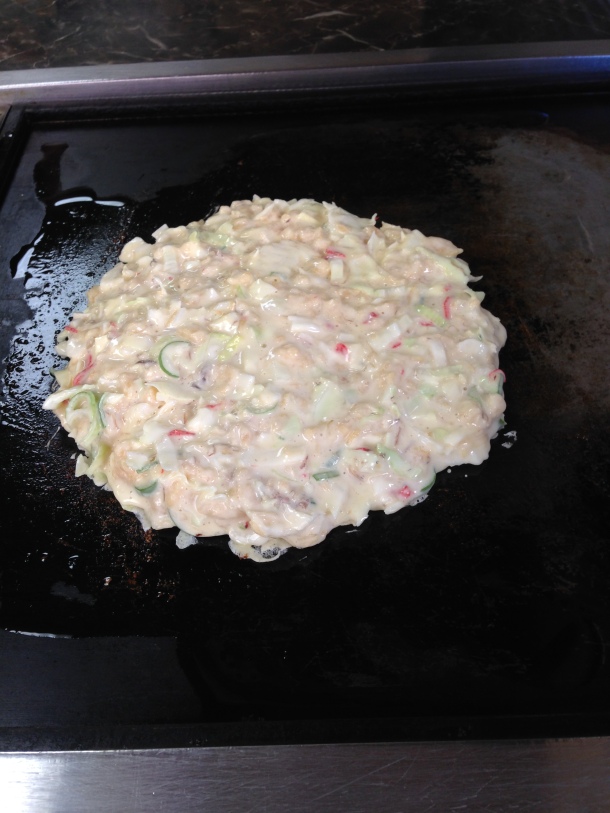 Mmmm tasty!  However, when it began to fully cook, I realized that there must have been a misunderstanding with the menu.  It seems I had ordered okonomiyaki since it was a solid pancake creation that was quickly topped with mayonnaise, soy sauce, spices, and onion shavings. 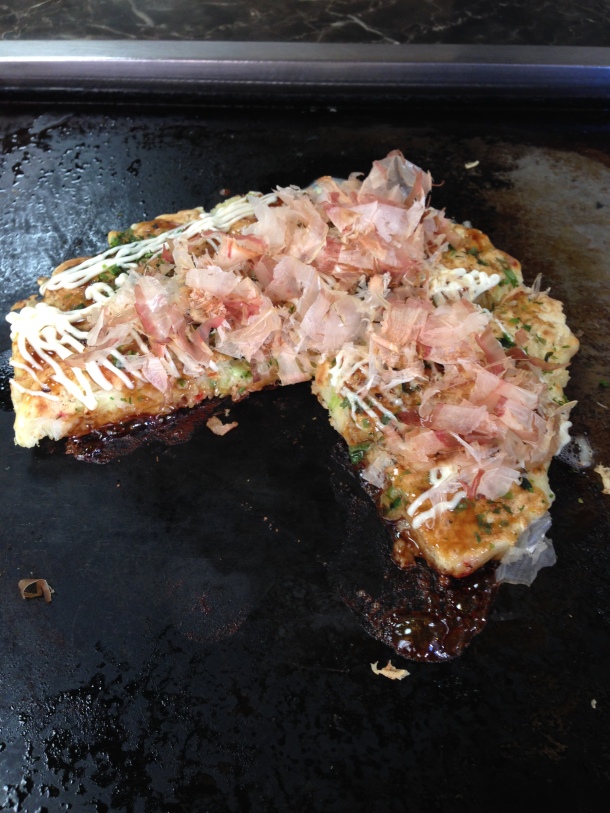 Either way, I wasn’t complaining because I had never had either of them in my life.  The okonomiyaki didn’t let me down one bit. 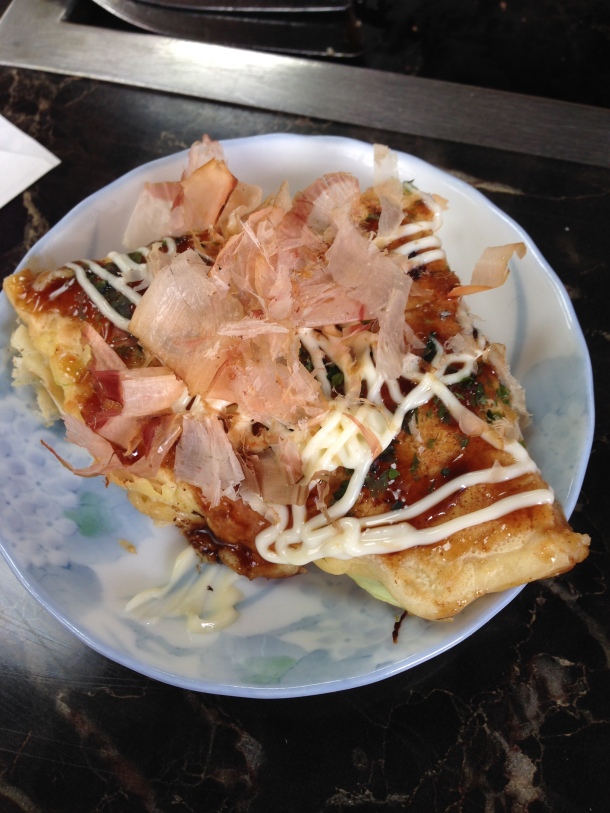 It was a thick, savory pancake that was crunchy yet fluffy, bland yet fiery due to my liberal sprinkling of the chili pepper.  Okonomiyaki means “something grilled how you like it” in Japanese, and I grilled it to its optimum level of deliciousness.  This Osaka import satisfied my search for a good griddlecake in the middle of Japan in the middle of the day.

I topped off my relaxing day with a night stroll through Harajuku which is considered the hub of all the latest youth fashions.  However, I wasn’t going there to sport my latest Rockabilly pompadour or crossdress like a gothic Lolita.  I was going to Kyushu Jaugara which is known for its excellent tonkatsu ramen.  I went there by taking the Chiyoda line to Meiji-jingumei stop, and made an u-turn out of the exit three.  It was right by the Harajuku Quest store, and I couldn’t miss it by its incredibly loud exterior that practically served as a hype man like Flava-Flav for Public Enemy. 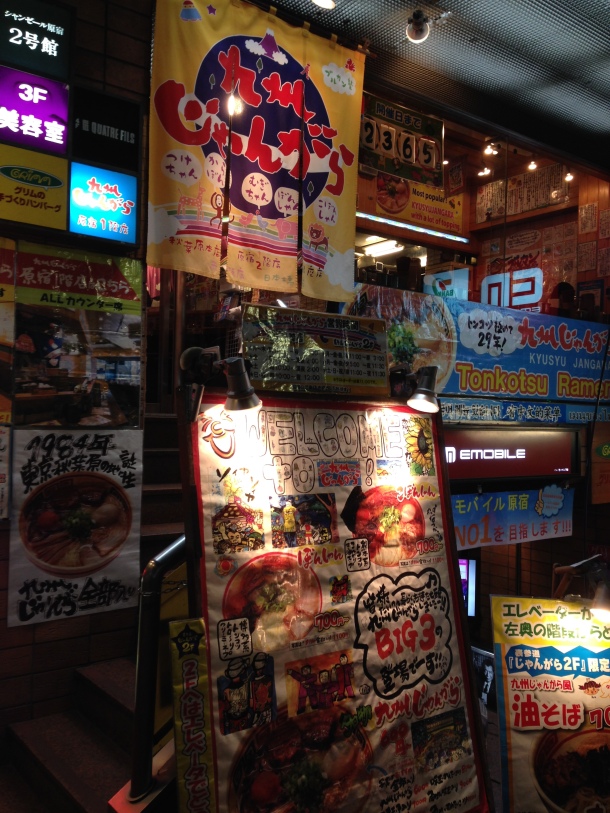 When I walked in, the place was hoppin’ with lots of customers seated around the kitchen counter with their faces making sweet love to the noodles within. 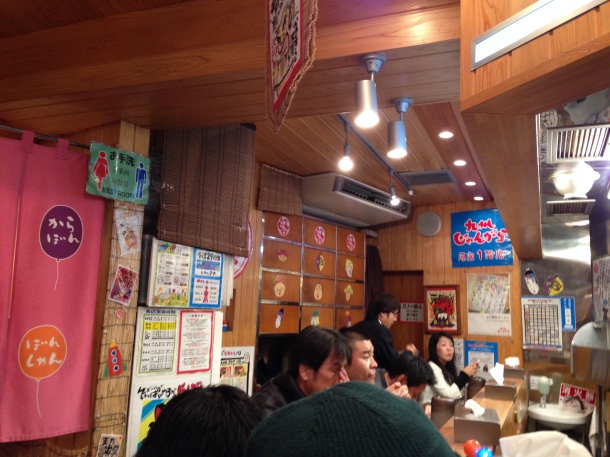 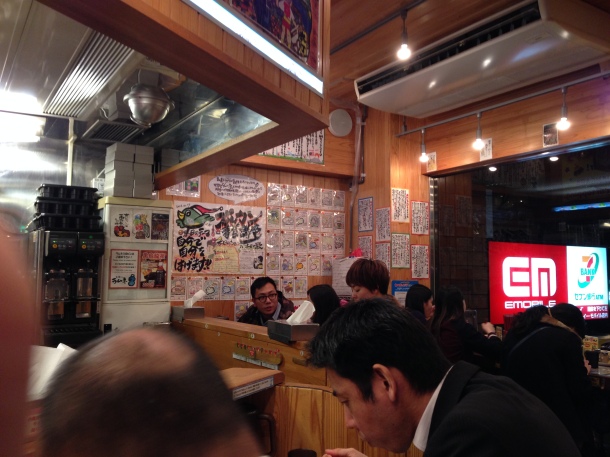 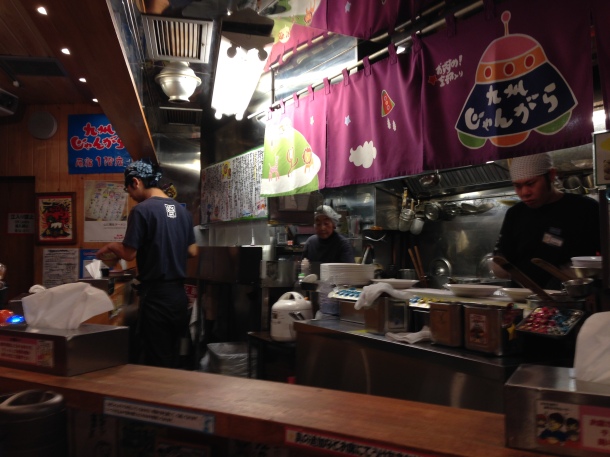 Thankfully they had random smatterings of English on the posters, but I also saw that they had an English menu for those who want to have more of a leisurely stroll through their offerings.  The hot and spicy option on the wall immediately got me jonesing for a bowl, so they gave me a small, red plastic chip to give to the cook.  As I waited, I inspected the various spices and free pickled vegetables they had to offer customers along with the large jugs of free water.  Eventually, I was eye to strand with this bowl of perfection for a cold night. 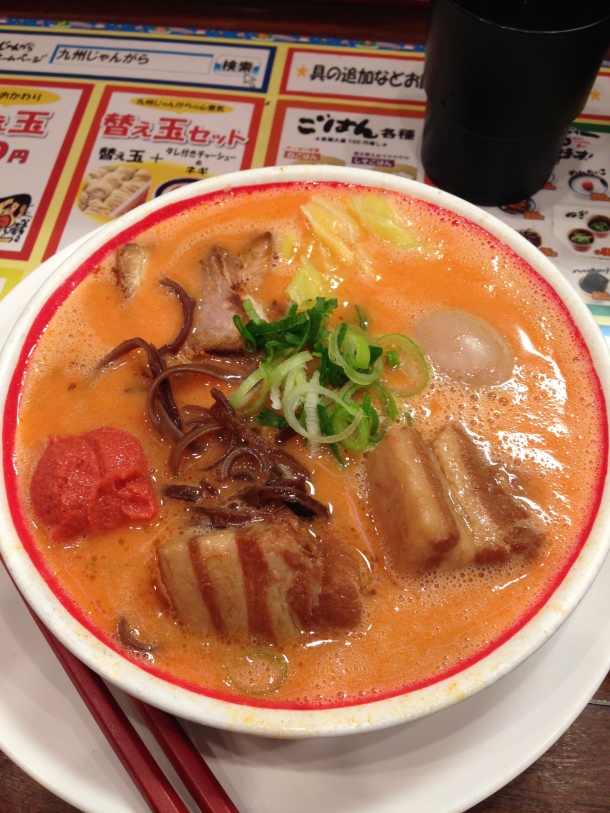 The noodles were firm yet not al dente, and the broth itself had a spicy kick to it that was between a jalapeno and a habanero level of spice.  I loved the fatty pieces of bacon and the green onions, but the strange red sauce didn’t really fit in with the rest of the soup.  I stirred it in, and it was the only neutral element to this Club Med pool party of awesome.  The hard boiled egg resembled a beluga whale slowly drifting through the numerous waves caused by my voracious slurpring per the local custom.  The cook was watching me eat his noodles, and I gave him a thumbs up and a smile while saying, “Very good!”  He replied with a chuckle and an “Excellent!”.  I noticed I followed the proper etiquette for eating the ramen on the counter that said you shouldn’t add any spices and consume the noodles while they’re piping hot.  It was a real cultural experience that lit up my night as bright as the Harajuku neon-splashed avenues.

I'm a food lover who would like to share my many adventures throughout the culinary and geographical world. A good meal or snack can unite people from all walks of life, and new stories can be created from meetings around a table or face to face in a quiet cafe. In this blog, I will share various experiences I've had over the years, and hopefully you'll adventure outside your usual gastronomic choices to try something new and unusual. Bon Appetit, Buen Provecho, and Buon Appetito!
View all posts by Mark T »
← Tokyo (Day 3)- Ainu Where The Good Food Was At
Tokyo (Day 5)- A Sobering Soba Sayonara/Domo Arigato, Mr. Roboto →