What is happening, everyone out there reading Mastication Monologues?!  I hope this post is finding you well as the summer is slowly drawing to a close.  Things have been happening as of late with my job hunt, so I haven’t been able to update my blog regularly.  My b.  Anyway, this post continues of the same vein of previous posts where I am recounting my culinary tales throughout Europe, and today’s entry deals with Poland.

Poland has often been at the butt of many jokes due to the apparent ineptitude of its residents, but it is a tough country that has constantly been invaded by its larger neighbors like Austria, Russia, and Germany.  However, the Polish people have stuck together through these harrowing periods of history, and today have a vibrant democracy with a booming economy.  I saw plenty of P0land’s cultural history when visiting Krakow, the cultural capital of the south. 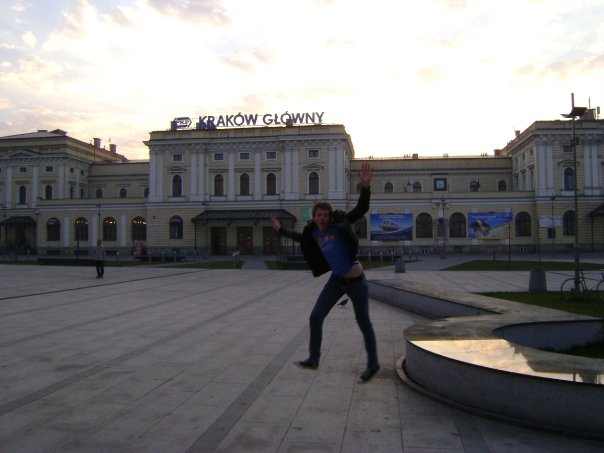 It’s also close to my great-grandparents’ villages they emigrated from back in the 1910s.  So, it felt like a type of homecoming for me to reconnect with my cultural roots.  While we were wandering about the streets of the charming Eastern European city checking out such sights like the city square, the cloth hall, and the Vistula river, it made us all work up an appetite. 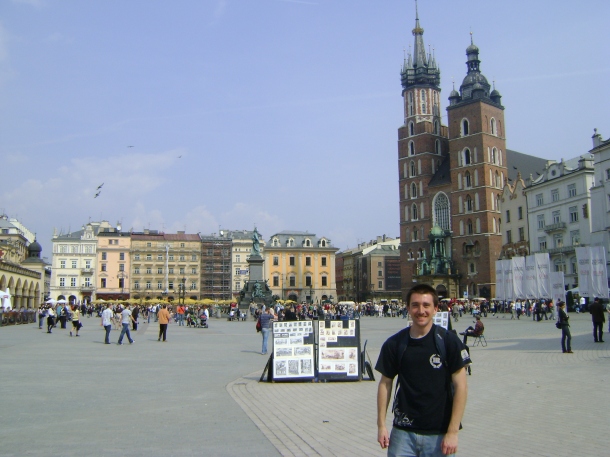 The main square; Cloth Hall far left and St. Mary’s to the right. 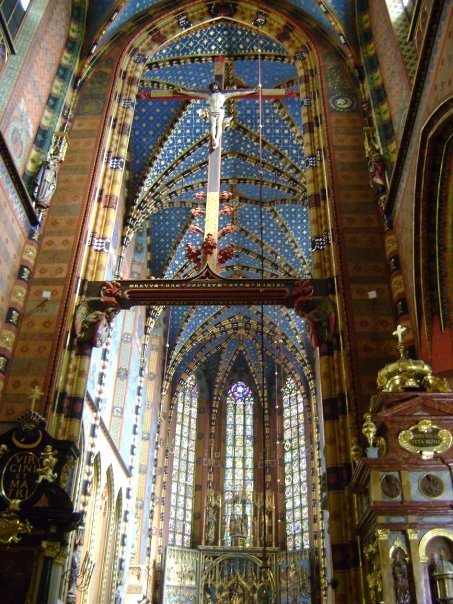 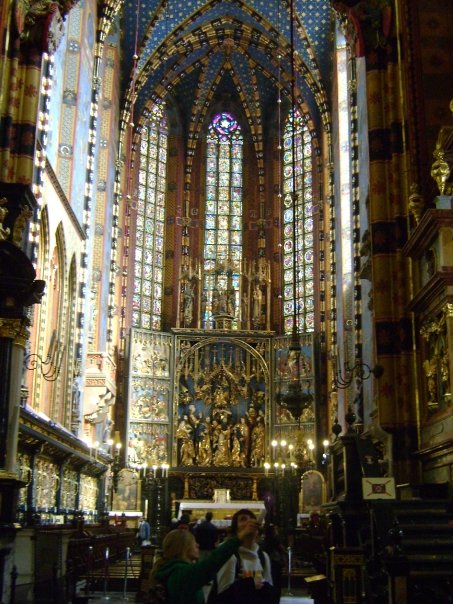 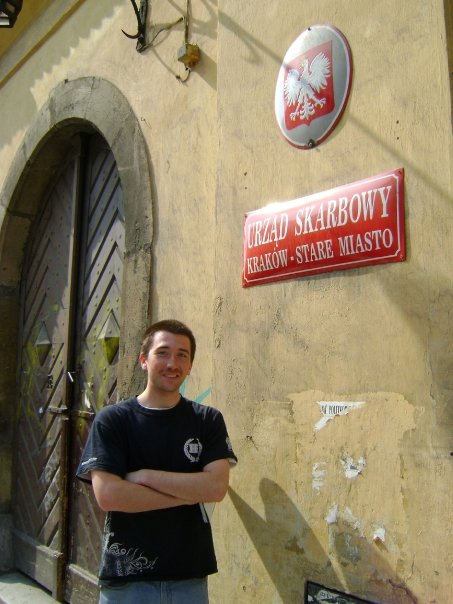 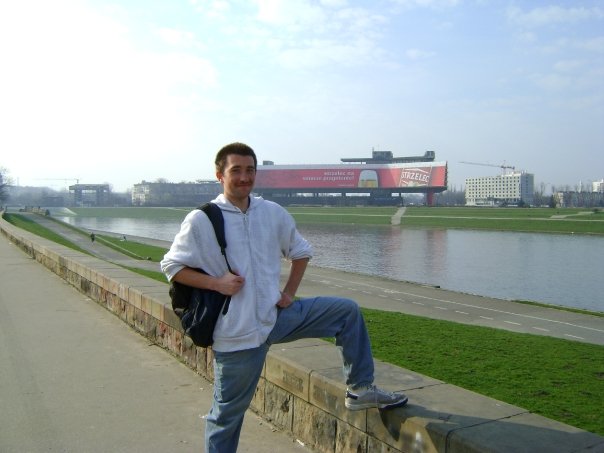 Me being dashing next to the Vistula 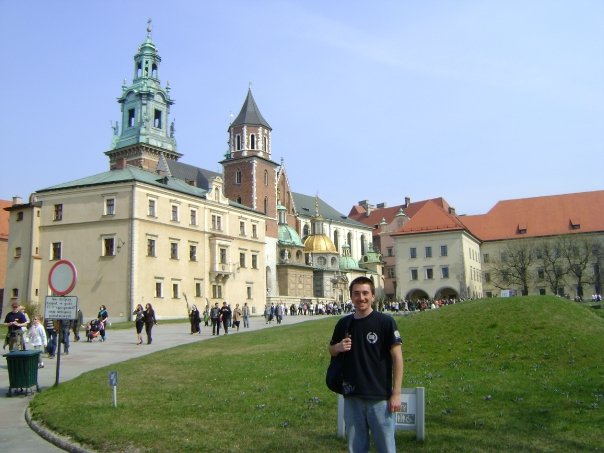 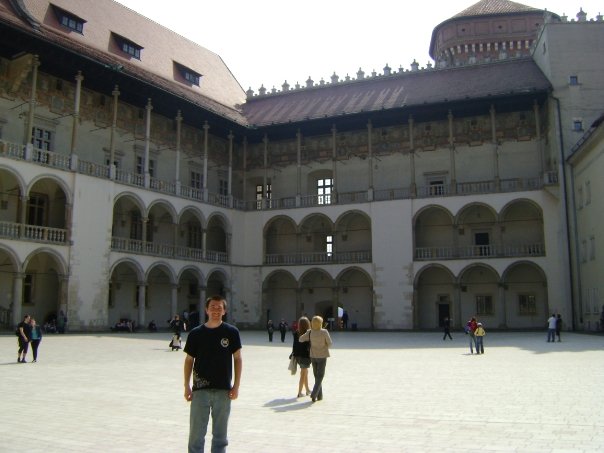 So we stopped into a local restaurant and looked over the menu.  They had plenty of items that one could find in Polish restaurant Stateside like in Chicago and elsewhere.  If you’ve never had Polish food, it’s very hearty and simple food focusing on vegetables that can grow in the cold winters like potatoes and cabbage along with rich pieces of meat and sausage.  One item in particular caught my eye that I knew I had to get:  Gołąbki (pronounced:  Go-wumb-key).  This dish literally means “pigeons”.  According to Wikipedia, during the Thirteen Years War the kings of Lithuania and Poland allegedly fed gołąbki to their troops before the key battle of Marienburg Castle against the German Teutonic Order of Knights.  Result:  a Polish and Lithuanian victory.  Hooray for pigeon power! Don’t worry though, none of the head bobbin’, flying rats were harmed in the making of this meal.  Instead, it is like an Eastern European version of Greek dolmathakia. 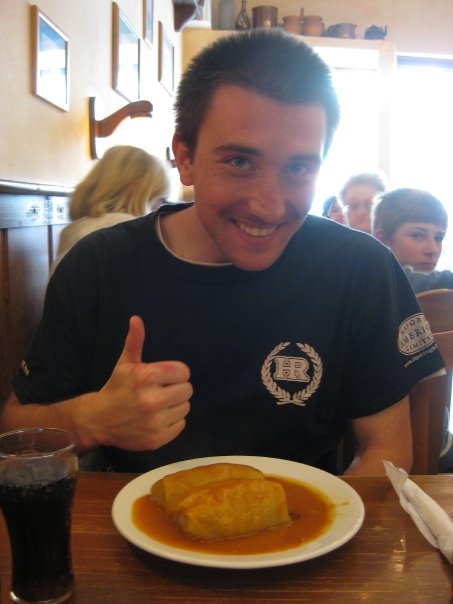 First, there is the minced pork/beef blend inside that is seasoned and mixed with onions and rice.  This hearty melange is subsequently wrapped up in boiled cabbage leaves and then drenched in a warm tomato sauce.  The boiled cabbage was semi-firm, and the tomato sauce provided a smooth, tangy background to the spiced meats inside.  While we weren’t going to be engaging in hand to hand combat after our meal, it gave us plenty of energy to tackle the rest of our trip.  Honorable mention for food in Poland goes to the spreadable lard on bread that we tried in a different restaurant. 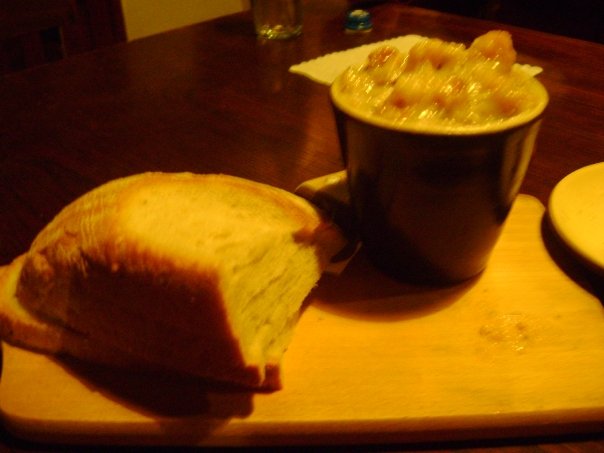 It was like a spreadable, warm butter mixed with bacon chunks that was so wrong yet tasted so right.  It was an homage to my grandparents who loved to spread it on rye bread.  It’s too bad they’ll never make it back to Poland, but I’m sure I made them proud with this meal. 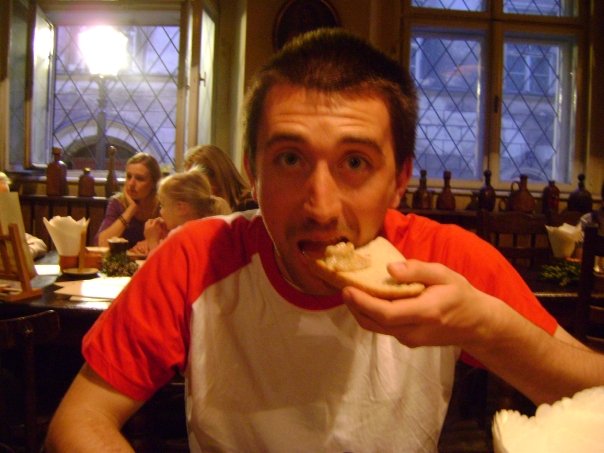 I'm a food lover who would like to share my many adventures throughout the culinary and geographical world. A good meal or snack can unite people from all walks of life, and new stories can be created from meetings around a table or face to face in a quiet cafe. In this blog, I will share various experiences I've had over the years, and hopefully you'll adventure outside your usual gastronomic choices to try something new and unusual. Bon Appetit, Buen Provecho, and Buon Appetito!
View all posts by Mark T »
← Throwback Post: Sachertorte in Vienna and A Bit of Bratislava
Throwback Post: Haggis and Irn Bru in Scotland →