Summer is in full swing as we’re finally in August, and what better to spice up the summer than a fresh hot sauce blog post on Mastication Monologues?  So, today’s entry comes from the Tropical Pepper Company who manufactures their sauces in the wonderful land of Costa Rica.  Although, Costa Rican cuisine isn’t too spicy, the land is ideal for growing the peppers needed to make their signature sauces.  Check out my post here where I reviewed their hazardous ghost pepper sauce.  While the habañero pepper doesn’t come close in spice to the all mighty bhut jolokia, it still does pack a punch like in today’s Xxxtra hot habañero pepper sauce.  First, there is the bottle.

Instead of the toucan being a skeleton like on the ghost pepper sauce, it is much more inviting with some of the peppers you are about to consume in his colorful beak.  Then there is the back of the bottle which is a bit bombastic in hyping up this condiment, but it still ranks as an “ouch” on their heat scale. 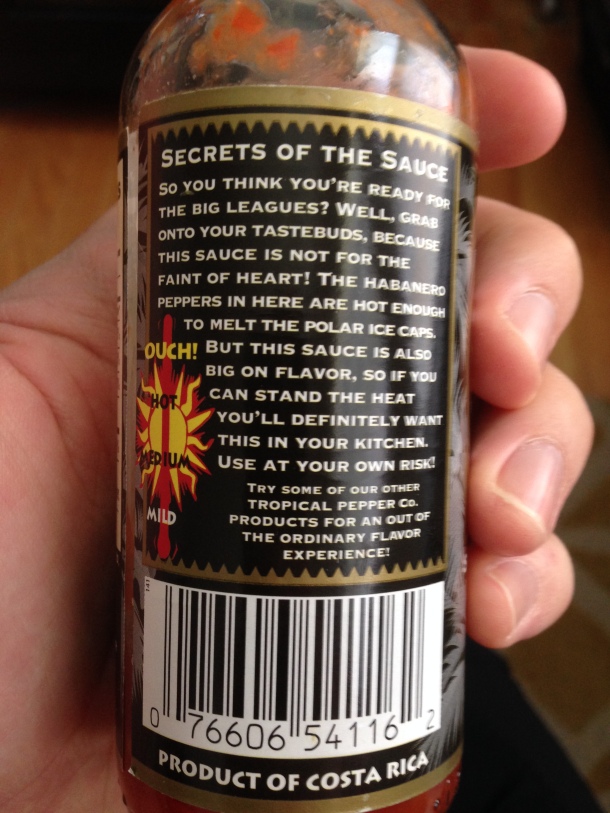 Knowing the potency of the first sauce I bought from the Tropical Pepper Company, I preceded with caution when I popped the top to try it out.  What I found was one of the best hot sauces I’ve tried.  The sauce’s color was red with a hint of orange and punctuated with white/yellow pepper seeds floating throughout the mixture. 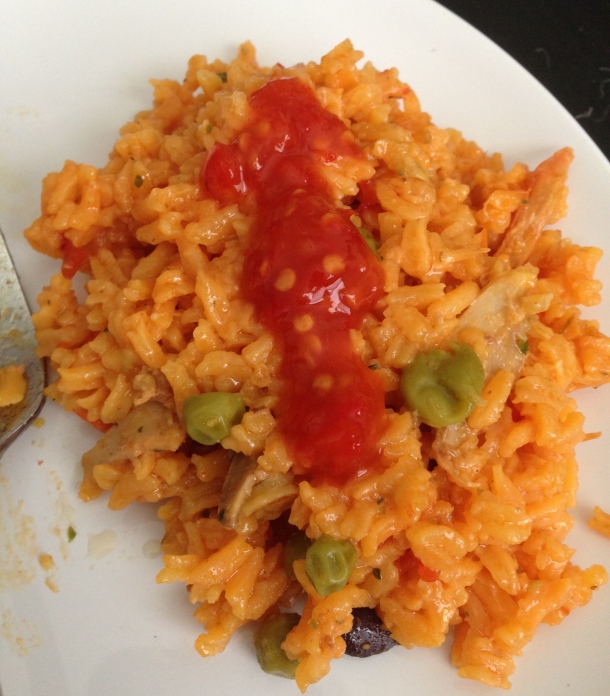 Plus, it was noticeably thicker than its ghostly predecessor which became apparent when I had to put a bit of elbow grease to get the sauce out of the bottle a la Heinz ketchup.  The ghost pepper salsa, on the other hand, is a super watery, burgundy solution of doom.  I didn’t get the hint of any sort of gastrointestinal foreboding from the habañero sauce.  Luckily, the bark was like the bite:  pleasant.  Mind you, I have higher tolerance for spicier foods, so if you’re not used to eating fiery meals, don’t dive headfirst into this pool party.  However, I found it to be an interesting mix of elements.  From the outset, it had a kick of spice with a vinegar-fueled tang but with super subtle sweet notes that I think might be attributed to the use of pineapples in the recipe.  The spice quickly ebbed to a more understated, slow burn on my tongue as I ate more of it and got used to its smooth flavor.